Life lessons from our foremothers strengths and shortcomings through their challenges and wisdom. 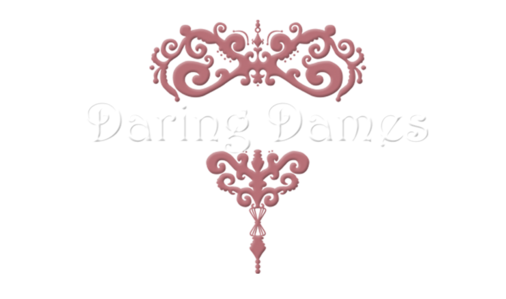 “It is essential to know our roots…for we are sacred blossoms that continue to bloom and branch off  the tree of life.” 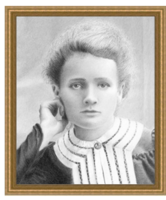 Dame Dialogue – Part of the Daring Dame’s mission is to absorb the lessons together through the subject matter offered on this blog.  Your voice and personal perspectives are essential.  We can discuss our own life experiences, connect with history, and self-reflect around each others' shared stories.

Please engage and contribute your personal reactions by clicking the "Comment Box" to the right.

Thanking you in advance for your input through your thought provoking views and responses.  I understand not everyone will comment, but perhaps at some point you will leave a comment.

Your participation is unique, as we are the sum of our collective
experiences.

The short statement “Nothing in life is to be feared, it is only to be understood” was spoken by Marie Curie centuries ago. This declaration may resonate with many, since we are all constantly seeking to reconcile what seems to be off-balance in our lives.

After reading about our next Daring Dames, you may discover when life forces us to alter the way we look at things, the things we look at change.  Reflecting back, many times in my own life I allowed my worry to win – it was a poor choice.  The sheer anticipation of various threats frequently seemed to trump my submerged bravery.

Marie Curie was born in Poland in 1867, both her parents were teachers.  The youngest of five children, Marie enjoyed sharing time with her father who taught math and physics.  Although her parents were both distinguished educators, her family lacked the financial resources to pay for schooling. Marie and her sister devised a plan to alternately study while the other worked.  Eventually, she attended the Sorbonne in Paris, one of the most prestigious centers of learning and culture in science and the arts.  She completed her master’s degree in physics and mathematics, an incredible accomplishment.  It was here she met Pierre Curie, a French physicist.  A romance developed and they became a dominate scientific duet, working together on discovering new chemical elements.  Together the Curies were an international sensation, until her beloved Pierre mistakenly stepped in front of a horse-drawn wagon and was killed.  Pierre’s unexpected death left Marie with two children and a lab full of research.

A few years after her tremendous loss, she began coping with her grief through work. She returned to the Sorbonne as an educator, becoming the institution’s first female professor.  She continued to make a difference in the field of science by championing the use of portable x-ray machines during World War I.  She became the first woman to win the Nobel Prize twice and the only woman to receive the award in two different fields, physics and chemistry. I marvel at the courage and ambition she had to continue cultivating her capabilities to incredible new levels. Albert Einstein and others joined Curie over the years to deliberate and discuss many groundbreaking discoveries in their fields of interest.  Einstein once said, “Marie Curie is, of all celebrated beings, the only one whom fame has not corrupted.”

This pioneering scientist understood fear, unpredictability and success all came with a price.  This fearless female was dying of aplastic anemia and found a way to push her personal and professional parameters to extremes.  Her insidious infection occurred from years of exposure to radiation. Much of her research and laboratory work was done with hands raw and inflamed from continually handling dangerous materials.  The Curies’ observations, inferences and predictions regarding the effects of radium on living organisms revealed this element could damage tissue.  This was an impressive undertaking which was barely seen in the scientific playing field during this time.  Their discoveries have been used to combat cancer and other diseases.  The very thing that stirred her passions, radioactivity – took her life in 1934.

Linda Glassman Davis was born in Northridge, California to Marvin and Marilyn Glassman.  An admiration of Ms. Curie was fostered in her early years as a voracious reader.  She specifically appreciated Marie Curie’s tenacity and independent thinking.  Her family struggled financially, and her disabled father often punished Linda for various reasons that included talking too much or exhibiting bad table manners.  It was her mother who managed to position Linda into various roles that would boost her confidence and cultivate her cerebrally. It was education that afforded her a one way ticket to making cognitive choices in her life that would preclude her from compliance and criticisms. This instruction and exposure to life and its difficulties unearthed her buried moxie.  A gradual growth happened in which she gained back her self-reliance and sustainability.

Innate bravery came early in life for Linda.  This stubborn, strong and spirited Dame has been in and out of the hospital over the years, bearing seventeen major surgeries before age 35.  She has endured treatments for mixed connective tissue disease, heart disease, diabetes and her other related autoimmune disorders.  If that does not send you into a state of astonishment, she is currently undergoing observations and treatment for three heart procedures and a recent diagnosis of multiple lung nodules where slow growing adenocarcinoma in both lungs was detected.  I marvel at this lionhearted lady who has continued to suffer from various health issues since her infancy.

Linda states, “I am comfortable being open about this. Lightning speed progress is being made in medical treatments for all of my maladies.”  She currently has managed to persevere with humor and hopefulness.  Her willingness to divulge this deeply delicate information gives one a profound grasp into the depth of her grit.  If you were to see her radiant smile, one would never guess all the inside trauma her body is going through. “Even the worst events in our lives have some positive aspect to take away,” Linda reminded me at lunch the other day. This morsel of wisdom made me rethink my own circumstances and complaints regarding my health, happiness and way of life.

As many women do daily, we run on fumes rarely having the luxury of filling our tank.  Linda wonders often with her serene sensibility, “why does it take a tragic event, a life threatening disease or a death to reset our modes of thinking?”  We currently live in a society where our self-value is tied up in working to live.  We have become compulsive achievers who often let nothing stand in the way of making it at our careers, family status and accomplishments.  This way of thinking may be a well-intentioned indication to fine tune and rethink our priorities.

Linda has found a great partner in her second husband, Dave Davis.  It was not until a joint venture which required them to work out their philosophical differences transformed their relationship.  They are a dominate marketing duo who respect each other and who have been working together in sales and marketing for 25 years.  Sound similar to the Curies?

Over the centuries, women with various visions attempt to understand the riddles of their lives, and try to interpret their meaning.  Both ladies offer us an opportunity for reexamination.  Nothing in life really has any meaning unless we make it noteworthy.   Marie’s story from centuries ago and Linda’s present-day narrative have taught me to be less focused on the radioactive events in life.  There are no instructions.  We must be bold and continue to invent with the components in front of us, just as Marie Curie did in her laboratory.

Our simple task as Daring Dames is to nurture ourselves and each other.  The following formula may help: clear the conflicts in our minds, starting with our fear and how it manifests itself.  It is vital to understand we have the power to change the false evidence that appears real and get out of our own way.  Marie and Linda represent many of us, repetitively working to extremes in various roles where we become mentally and physically unhealthy.  This sisterhood of over-exertion and fear is universal.  Despite the manner or method – we all struggle to survive.  It is not so agonizing and we feel less alone when we pull our strengths and sorrows together. 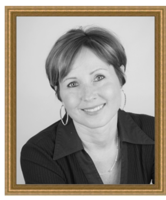